Elena has been doing different kinds of fencing for about 10 years and also playing as a trainer a pretty long time – about 8 years. She can name herself a HEMA player of generation 1 in Russia, because HEMA there is young compared with other European countries.

She was planning to become an interpreter and finish uni, but her destiny was different 🙂 Now she is one of the most experienced trainers among the Russian non-Olympic community. Elena’s first weapon is saber (dueling/military, primary Italian), next is longsword and finally she didn’t escape the Renaissance rapier. She did some single sword and tried buckler in the past.

Her nickname is The Fox (Vixen, in Russian there is a difference), because she is speedy and crafty in battle, and a redhead. 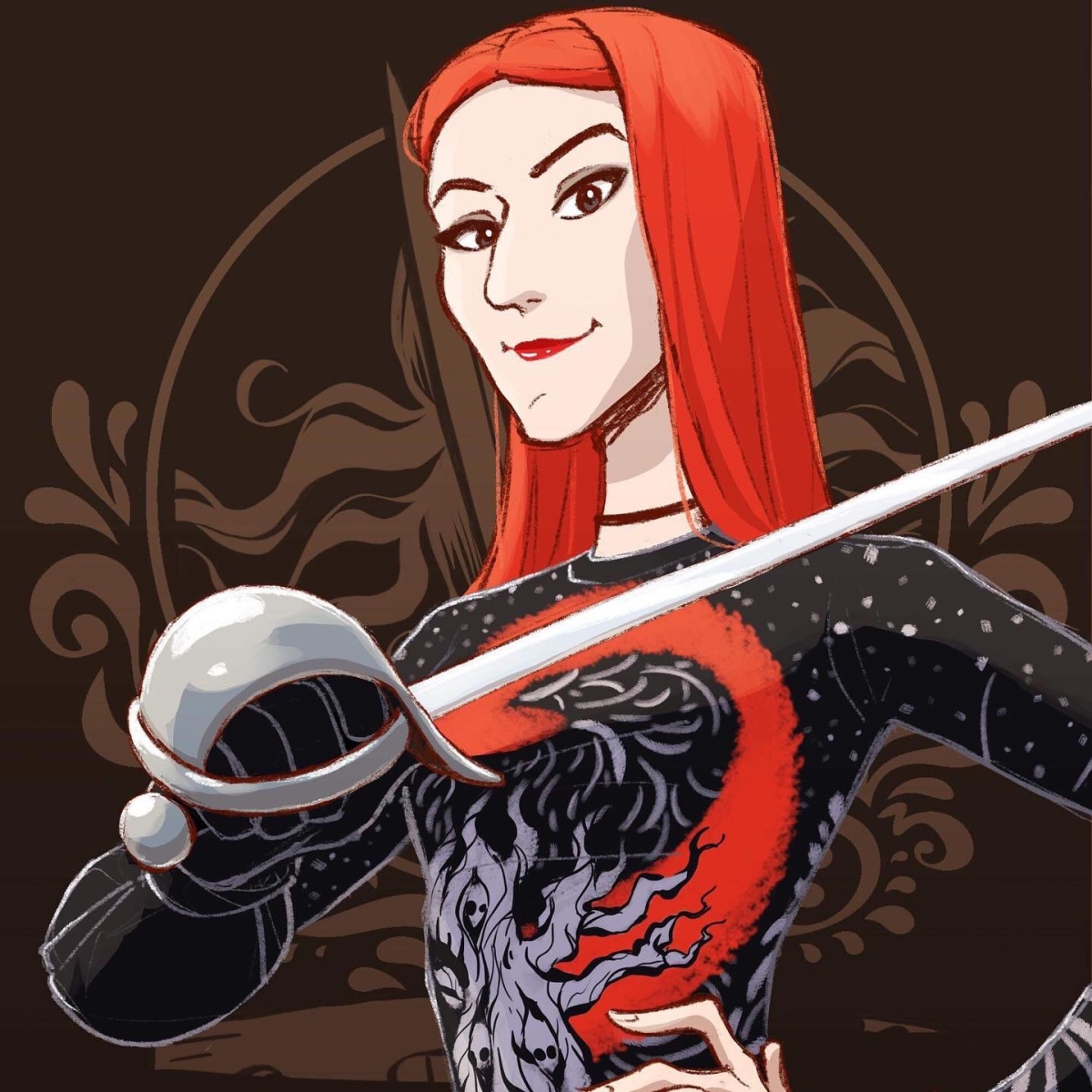